An Introduction into Lesson Observation

Lesson observation is not as daunting as it may seem. The most important thing is to make sure the feedback you get is both honest and constructive. It should be geared towards helping you improve as a teacher and not to put you down. The process is partly an interaction between the observed and the observer and preparation for this. 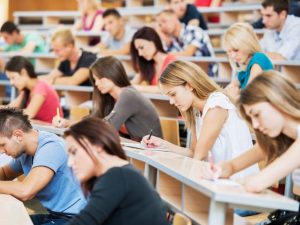 Lesson observation has a longstanding tradition in the assessment and development of new and experienced teachers in England. Over the last two decades it has progressively emerged as an important tool for measuring and improving professional practice in schools and colleges.

This article reviews literature across the three education sectors (i.e. schools, further education and higher education) in order to compare and contrast the role of observation. In doing so it discusses the key themes and issues surrounding its use in each sector and identifies common and contrasting patterns. It argues that in schools and further education, observation has become increasingly associated with performance management systems; a dominant yet contested model has emerged that relies on a simplified rating scale to grade professional competence and performance, although the recent introduction of ‘lesson study’ in schools appears to offer an alternative to such practice.

In higher education, however, there is limited evidence of observation being linked to the summative assessment of staff, with preferred models being peer-directed and less prescribed, allowing lecturers greater autonomy and control over its use and the opportunity to explore its potential as a means of stimulating critical reflection and professional dialogue about practice among peers.